Google Photos for Mac OS is nothing short of the Apple Photos. Though both are excellent and comparisons would be wrong, the Google app has the advantage.

Like Google products, the Google Photos needs to be used with Internet connection. Users can make use of any Internet browser to be able to use the app. In the sense, ideal for mobile app use.  Users can now access and upload the pictures on their mobile phone. Several desktop tools are also present for Mac OS. The app is also paired with Google Drive which means the Drive desktop clients can be also used.

Google Photos helps users to have unlimited number of images and data stored in their smart phone. However the images should be compressed to 16 megapixels and the videos 1080p. With the use of Google Drive users can now make use of the 15GB and the upgrade for $1.99 begins 100GB a month. Whether users are amateurs or professionals photographers, Google app is useful.

The sharing and album creation are simple to say the least. The latest images are showed first and the albums are managed likewise. It is pretty straight forward and easy to organize the photographs. Users can share their photographs and also share albums for other individuals to have access to them. The whole process is straightforward in the app which is a result of Google being able to develop a better product.

It depends on the kind of usage of the person and the amount of images which are present.

The feature called as smart search is a feature that literally makes users want to come back for more to Google app. The same cannot be said about the Apple Photos. When you have stored so many albums and photographs on your smart phone and want to find a particular image then you would want to use this feature.  Users will also find the designing and creations of animations from the interface of Google Photos.

The unlimited uploads option on the Google app is useful for those individuals who are not professional photographers. Not to mention that it is cost effective on the cross-platform support when sharing images from devices to other devices. The search features on the app is comprehensive and intelligent. Google Photos for Mac OS is the clear winner when compared to the Apple Photos because it provides users with better picture management.

Google is investing more into the cloud services and trying to make it easier and simpler for its users. 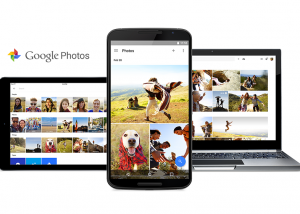 What do you think about Google Photos for Mac OS X?