Originally incepted as X-Box media center (XBMC), Kodi is an open source and free media player. It is arguably the best available open source media software that operates on a multitude of platforms, including Windows, Mac, X-BOX, LINUX, etc. It rn over 65 different languages and subsumes the effort and functions of scores of programmers.

Ownership: Kodi was originally created by Microsoft on the X-Box but it is currently operated by a non-profit organization called XBMC foundation that is powered by volunteer programmers all across the world.

It is a brilliant media center for OS X that enables smooth handling of all the multimedia from a single interface. It provides an efficient interface backed by powerful tools that provide a seamless excess to features such as Live TV, music, recordings and a lot more.

Consistent and user friendly interface: The software runs consistently on OS X 10.10 without any lagging issues. The adept interface runs without any drags or burdens and finds the media you search for within no time, thereby providing a seamless experience.

Multitude of Power tools at Finger tips: You can plunge into an ocean of powerful features that include scores of PVR tools, and scores of add-ons that boast of an array of powerful features, such as Screen Captures and Audio Controllers etc. Some add-ons and controllers are available as a third party testing but they are comfortably accessible.

Free of Cost: It is a powerful, feature-studded, seamless, and desirable media center that would run almost all kinds of media files, and all from a single interface. It also allows you to access to watch TV, music, YouTube etc., and it costs nothing.

Customizable Interface: The interface is totally customizable, thanks to the various skins that can be created by the user or even be downloaded. It has a customizable library system that lets you save and store all the media you want, in a very well organized manner thereby providing you a quick and easy access to the media files.

There are hardly any negative sides of this software. It delivers the features expected from it well without any clutters; If there has to be a glitch, then it is slightly in the appearance. The Menu layout, the scheme of colors, and the animation are slightly below the mark considering a software version for Mac. 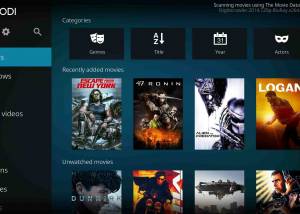 What do you think about Kodi for Mac OS X?